The History of Influenza 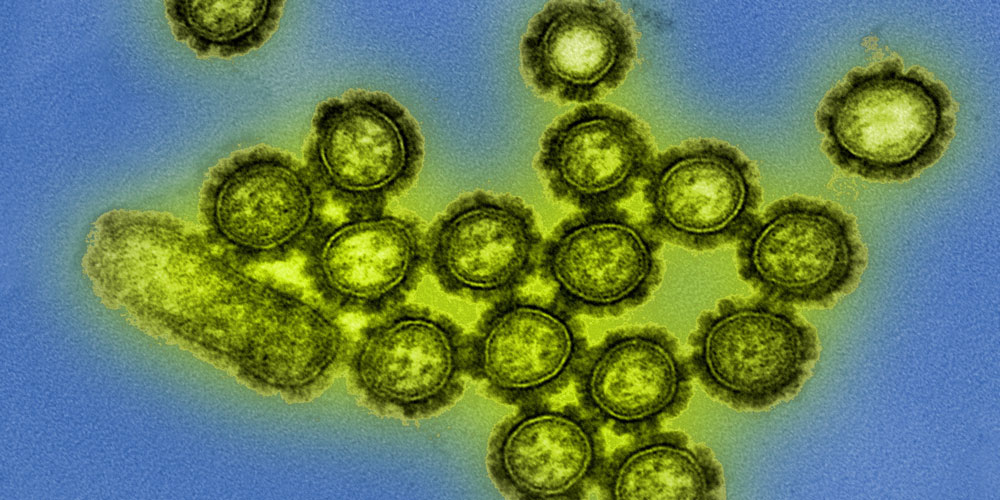 Influenza has a long and sordid record of menacing humans.  Throughout the progression of science and the understanding of medicine, multiple instances of the flu have impacted various regions around the world. Some outbreaks have been more deadly and widespread than others, but our understanding has always grown.  The flu has wreaked such worldwide havoc throughout history that two major conditions have been established to classify an outbreak as a full-blown pandemic.  A flu pandemic needs to be both an entirely new strain of influenza A, and must spread to multiple continents and countries.

The first known reference to the flu comes from ancient documents written by Hippocrates as early as 412 BC.  Known as the “father of medicine”, he described flu-like symptoms being experienced in northern Greece.  In 1357 AD the word for influenza was born from the Italian word for “influence.”  At that time, it was the common consensus that flu outbreaks were being influenced by the alignment of the stars.  However, high quality historical data dating this far back is scarce and often difficult to interpret.  Many respiratory illnesses have symptoms like those of the flu, so it can be challenging to categorize outbreaks dating back more than 300 years.

There are thought to have been 31 known instances of flu pandemics since the first unanimously agreed outbreak in 1580.  This strain originated in Asia and swept across Africa, into Europe, and ultimately into America.  There was a high mortality rate associated with this virus.  European historical documents noted that within six months the infection had spread throughout all of Europe.  Rome reported 8,000 deaths and much of Spain was severely impacted as well.  In the Americas, over 90% of the population was sickened by the outbreak.  A common method of treatment at this time was known as bloodletting which consisted of bleeding those who were ill until they were weak, pale and occasionally unconscious.  It is highly likely that this healing practice contributed to the overall mortality rate of this major outbreak.

The 18th century experienced three major global flu outbreaks.  The last pandemic of the three, dating 1781-1782, was the most severe.  Originating in China, tens of millions of cases of infection were reported worldwide while the virus spread as quickly as modern transportation at the time would allow.  Doctors were still ill-equipped to handle the disease.  The majority of the medical community believed the flu was caused by the synchronization of certain atmospheric factors.  Medical journals show theories attempting to correlate things like wind speed, temperature changes and barometric pressure with an influx of influenza illness.  It would be another 160 years before a vaccine is developed.

By far the most famous and lethal outbreak of influenza was the 1918 Spanish Flu. The point of origin is disputed as the virus was believed to have broken out in multiple locations simultaneously.  Between 1918 and 1920, it is estimated that 50 million people worldwide perished as a result of the H1N1 virus – over three times as many deaths than recorded in WWI!  Aside from the overwhelming death toll, this pandemic was unique on another aspect; 99% of deaths were under the age of 65.  The morbidity was highest for those ages 20 to 40 rather than for the typically vulnerable infants and elderly.  Luckily, modern medicine had taken some advances since the last major outbreaks and doctors were placing the ill into quarantine to control the spread of infection.  Increased hygiene and the use of disinfectants were the best combatants until antibiotics and vaccines could be developed in the not so distant future.

Between the years of 1935 and 1960, our medical knowledge of the flu virus and how it worked grew exponentially.  The Spanish Flu demonstrated the great need for an influenza vaccine, but researchers were still struggling with how to grow and maintain the virus.  It wasn’t until the early 1930s that Influenza A was officially isolated by the Medical Research Council at Mill Hill in London.  By 1935, scientists had discovered a method to cultivate the flu virus by using fertilized hen eggs, and from there further research went into discovering how to inactivate the virus for human vaccines.  Influenza B was discovered around 1942 which lead to even greater advancements in understanding the complex nature of the virus’s ability to consistently mutate.  The first inactivated flu vaccine was licensed in the United States in 1945, and contained both influenza strains A and B.  By the 1960s, Europe began licensing its first flu vaccines.  By the 1980s, the world was well on its way to understanding the need to annually update the vaccine composition in order to stay current with mutations occurring on the viral level.

Today, influenza activity is monitored by labs around the world under the direction of the World Health Organization (WHO).  WHO gathers this data and uses it to recommend regional vaccine formulas that will be the most effective for the next upcoming flu season.  Three to four strains are chosen to be targeted in the vaccines each year (two strains of influenza A and one or two strains of influenza B).  Currently, scientists are working on a new influenza vaccination formula that will universally protect against all strains of the flu, regardless of the current state of mutation.  Once a universal vaccine is created, one of the only remaining challenges left to face will be ensuring the rapid availability of an effective vaccine when faced with a new global influenza pandemic.

Looking for influenza controls this flu season? Our respiratory pathogen control panels can simplify QC in your lab. Visit our website to learn more and find individual influenza strains.