8 Microorganisms that Changed the World 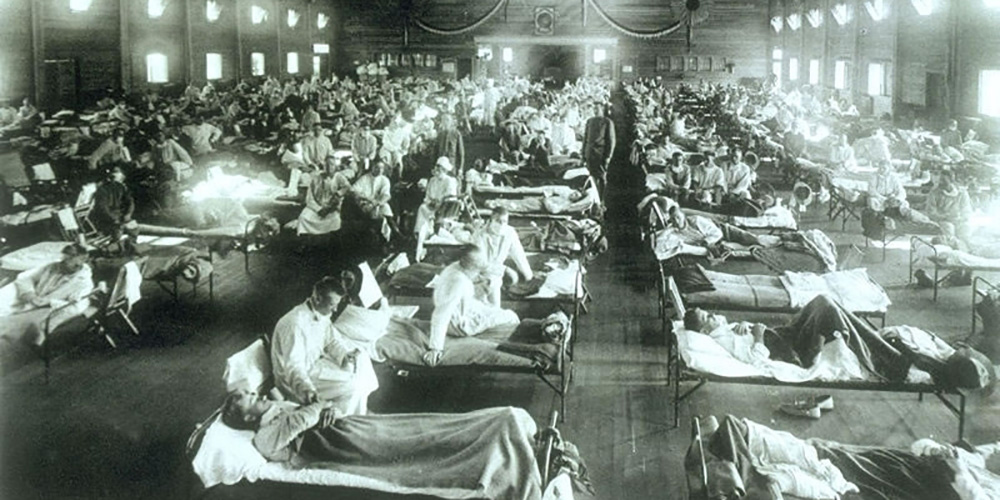 Microorganisms triggered many events that drastically altered human history. The most notorious microbes caused mass death and destruction, but they also inspired modern medical advances often taken for granted. The significant impact these tiny, invisible-to-the-naked-eye creatures can have on our world is astounding.

1. Cyanobacteria – The Emergence of Multicellular Organisms

Cyanobacteria ushered life as we know it into the world. The Earth previously had an anaerobic atmosphere and was populated strictly by single-celled organisms. Oxygen wasn’t a component of Earth’s atmosphere until the evolution of photosynthetic machinery in cyanobacteria (the precursors to modern cyanobacteria) approximately 2.4 – 2.8 billion years ago. Eighteen times more energy is created by aerobic metabolism than anaerobic metabolism. Consequently, the presence of oxygen in the atmosphere allowed for evolutionary steps to take place that led the way for the emergence of multicellular, eukaryotic organisms.1,2

From 1845 to 1852, the fungus Phytophthora infestans wiped out approximately three-quarters of the potato crop in Ireland. The depletion of a main food source resulted in approximately one million deaths and caused another million to flee the country to avoid death by starvation.3

Strains of influenza have been theorized to have caused epidemics killing millions of people throughout recorded history. The first probable recorded epidemic is from 412 BCE, and outbreaks were first called influenza starting in 1357. Asia likely experienced its first pandemic in 1580. Influenza then spread to Africa, Europe and the Americas.

All influenza outbreaks are tragic, but the 1918-1919 pandemic was an event with an unprecedented death toll, infecting about one third of the world’s population and causing approximately 50 million deaths (some estimates are as high as 100 million deaths). 4,5

4. Bacterial Pneumonia During the 1918 Flu Pandemic

The 1918 flu pandemic was caused by the influenza virus, but medical and scientific communities determined deaths were mostly caused by bacterial pneumonia. The influenza virus caused an infection that damaged the lung and bronchial tissues, allowing the normal nose and throat flora to invade the lung tissue causing disease and eventually death.

Most pneumonia cases at United States Army camps during the flu epidemic were caused by S. pneumoniae, H. influenza, S. aureus and Streptococcus spp.  According to the National Institutes of Health (NIH), the most common cause of bacterial pneumonia today is Streptococcus pneumoniae.6,7,8

5. Penicillium and the Discovery of Penicillin

By happy accident in September 1928, Sir Alexander Fleming discovered secretions of the mold contaminating his petri dishes, Penicillium notatum, inhibited the growth of the Staphylococcus he was studying. Upon further examination of the secretion, he found it could kill many Gram-positive bacteria.

Sir Fleming abandoned his penicillin studies in 1931. Howard Florey, Ernst Chain and their colleagues working at the Sir William Dunn School of Pathology at Oxford University purified penicillin and turned it into a groundbreaking human drug. The first penicillin recipient was a 43-year-old police officer in 1941. Commercial production of this life-saving drug was first undertaken by Glaxo (GlaxoSmithKline) and Kemball Bishop (Pfizer) for use during World War II. This began the era of antibiotics – one of the greatest advances in medicine.9,10 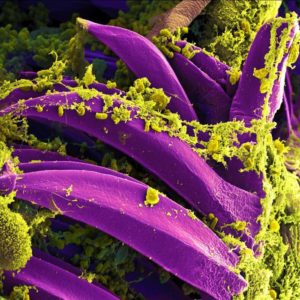 The first pandemic on record began in 541. Named after the Byzantine emperor, Justinian I, the pandemic included outbreaks spanning 200 years with 25 million casualties.

The second and most infamous pandemic was the Black Death. The pandemic is thought to have originated in China in 1334. The plague spread to Europe on a Genoese trading ship in 1347. When the ship docked in Messina, Sicily, its sailors were all dead or near death from the plague. The Black Death quickly spread to France, North Africa and Italy.

The Black Death was not a strictly human disease. Livestock such as sheep, goats, pigs, chickens and cows were also affected. The pandemic would eventually claim 60 percent of Europe’s population. An immense decrease in population caused labor shortages throughout Europe resulting in rapid economic and technical modernization, and possibly assisting in the emergence of the Renaissance period.

The third pandemic is known as the Modern Plague. Records indicate it began in China in the 1860s and caused 10 million deaths over 20 years. Bacterium was determined to be the cause of infections during this pandemic, and rodent borne fleas were identified as the carriers. 11,12

Small pox is caused by two Variola virus variants: Variola major and Variola minor. Evidence of the ancient disease was found on three mummies from to the third-century BCE and in Chinese writings early as the fourth-century BCE. Small pox spread worldwide between the sixth-century to the eighteenth-century AD through exploration and trade routes.

A process called variolation was developed to control the spread of the disease. Material from a small pox sore was scratched into the skin or inhaled through the nose of a healthy person. The infected people would become ill, but the mortality rate was lower than the rate from natural infections.

In 1776, Dr. Edward Jenner documented that milk maids who had previously contracted cowpox (a zoonotic disease similar to small pox with much milder infections) did not show smallpox symptoms after variolation. Dr. Jenner infected his gardener’s child with material from a milk maid’s cowpox sore. Even after repeated exposures to the Variola virus, the child didn’t become ill.

In 1801, Dr. Jenner published his discoveries in “On the Origin of the Vaccine Inoculation.”  Due to this work, vaccination became a widely accepted practice. The World Health Organization (WHO) began a plan to eradicate smallpox in 1957, but the program failed due to lack of funds. When the Intensified Eradication Program was launched in 1967, more laboratories could produce high quality vaccines and the bifurcated needle was introduced. The last case of naturally acquired small pox was recorded in Somalia in 1977.13,14, 15, 16

Syphilis is a sexually transmitted infection (STI) caused by the bacteria, Treponema pallidum. The disease presents as four stages with symptoms ranging from lesions, enlarged lymph nodes and tumor-like growth.

Past treatments for syphilis involved the application of heavy metals, specifically mercury. While the heavy metal poisoning was devastating to the patient, syphilis inspired the introduction of chemotherapeutic agents to treat disease.17,18