The Great Debate Over B. cepacia Testing

To test, or not to test – that is the question.

A frequent reason for recalls of nonsterile products is contamination with Burkholderia cepacia, a microorganism capable of causing serious illness in patients with impaired immune systems or chronic lung disease. Despite the threat of B. cepacia, the strain is not listed as an objectionable microorganism in the United States, European or Japanese Pharmacopeias.

So, what are pharmaceutical laboratories to do? Should all nonsterile pharmaceutical, personal care products and water systems be tested for B. cepacia?  Below are three compelling arguments for and against requiring B. cepacia testing that might cause you to question your stance on the issue.

The Microorganism in Question

B. cepacia complex consists of over 17 species. It is an aerobic, motile, Gram-negative rod that is found world-wide in soil, water and plant rhizospheres.

The Case for Zero-Tolerance/Requiring Testing

The elderly, the very young, cancer patients and people with chronic illness are also at risk for illness with B. cepacia. The species has been associated with lower respiratory infection, peritonitis, neonatal meningitis and brain abscesses, wound infections, urinary tract infections, and ocular infections.5 Treatment of B. cepacia infections is challenging because it is intrinsically resistant to a wide range of antimicrobial agents.

Cells in a biofilm are embedded in a matrix of extracelleular polymeric substances, making them more resistant to chemical sanitizers.7 Because water is widely used during manufacture of pharmaceuticals (e.g. raw material, active pharmaceutical ingredient and cleaning applications), it has the potential to contaminate nonsterile products with B. cepacia.

3.  A Frequent Contaminant: Recalled products due to B. cepacia contamination over the past two decades include eyewash, nasal spray, alcohol-free mouthwash, anti-cavity rinse, skin cream, baby and adult wash cloths, surgical prep cloth, electrolyte solutions and radiopaque preparations.1 B. cepacia contaminated these products even in the presence of antimicrobial preservatives.6

According to the U.S. Centers for Disease Control and Prevention (CDC), the effects of B. cepacia on people, “…vary widely, ranging from no symptoms at all to serious respiratory infections, especially in patients with cystic fibrosis.” In some cases, B. cepacia may go undetected during testing because it can be difficult to isolate it from a product or water system. The tests recommended in USP <61> and USP <62> may not be sufficient for isolating it.  An enrichment step may be needed.1

The Case for Not Requiring Testing 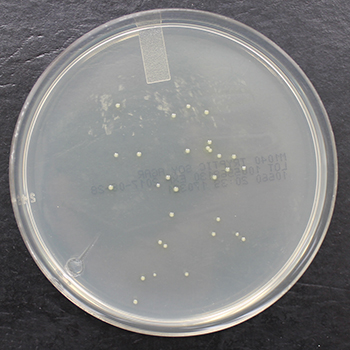 1.  It is everywhere: B. cepacia is ubiquitous. It is found in soil, food and water. People have more exposure to B. cepacia in the environment than they do in pharmaceutical and personal care products.

While it is true that B. cepacia can cause serious illness if it contaminates inhalants and nasal products, this does not mean it can cause illness if small numbers of the organism contaminate water systems or other types of nonsterile products.

3.  It is responsibility of the individual manufacturer to decide what is objectionable: The USP cannot possibly list all species that can be objectionable given the right circumstances. That is why indicator microorganisms are listed in USP <62>. It is up to the individual manufacturer to perform a risk analysis to determine what species are risks to users of the product.

Now that you’ve read the arguments for and against, do you think B. cepacia testing should be required for all nonsterile pharmaceutical and personal care products? Share your opinion by taking our poll below. No matter what side of the debate you fall on, there is no question that laboratories have the responsibility to keep consumers safe by testing products at risk for B. cepacia contamination.

Here’s some good news for pharmaceutical and personal care product laboratories – B cepacia is now available in EZ-Accu Shot™ for Growth Promotion Testing! Visit our website to find the QC microorganisms your lab needs in a variety of easy-to-use formats.