This week, E. coli and E. faecalis faced off in the final round of Microbe March Madness. These fierce competitors battled six other strains through two rounds of tests to be faced with their toughest challenge yet: exposure to the harsh, unforgiving conditions of UV light at 365mn for 0, 5, 15, and 30 minutes. Both strains fought hard, but only one reigned supreme.

After 30 minutes of UV light exposure and 24 hours of incubation at 35-37°C, E. faecalis performed like a champ and grew 47 colonies. E. coli, considered the front runner by many, was only able to put 31 colonies on the score board.

We are excited to announce E. faecalis is the 2017 Microbiologics March Madness winner!

Congratulations to Team Incinerator and everyone who chose the winning strain! Your microbiology expertise has won you a stuffed Stanley Staphylococcus and a chance to win a swag bag filled with Microbiologics gear.

Thank you to everyone who participated and shared your brackets on Facebook, LinkedIn and Twitter! Be sure to subscribe to the Microbiologics Blog  so you never miss a fun competition or informative post from our writers. 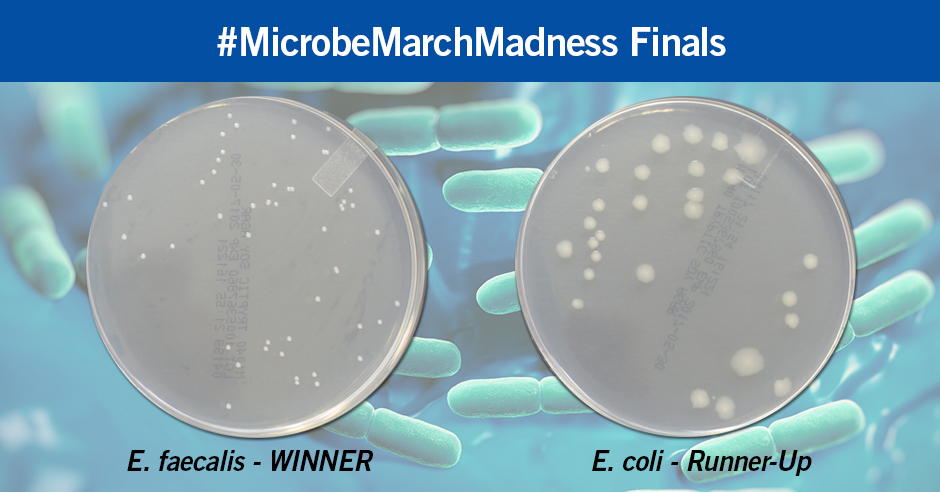