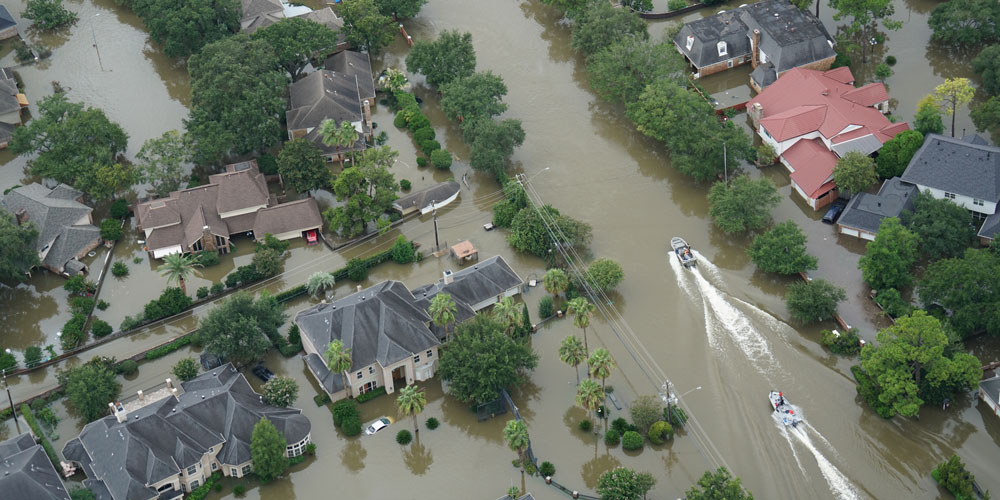 Over the past few weeks, the United States has endured back-to-back Category 4 Atlantic hurricanes. Hurricane Harvey hit first in Texas on August 25th, followed just 16 days later by Hurricane Irma making landfall in the Florida Keys on September 10th. This marks the first time in 166 years of weather records that two Category 4 Atlantic hurricanes made landfall in the U.S. during the same year1, let alone within a two week span. Our hearts and thoughts are with those impacted by the devastation left in the wake of these catastrophic storms.

To make matters worse, venomous snakes and alligators are not the only dangerous creatures residents and rescue workers have to worry about in hurricane flood waters. Pathogenic microorganisms also pose a threat. For example, several pathogens that cause gastrointestinal illness may be present. Over 1,000 cases of diarrheal illness were reported by evacuees within three weeks of Hurricane Katrina’s landfall in New Orleans in 2005.2

Below are eight pathogens to be on alert for after flooding. Some pathogens are found in contaminated flood water, while others are spread in crowded shelters.

Shigella can cause gastrointestinal illness in the form of diarrhea, vomiting, fever, stomach pain and dehydration. The bacteria can enter the water through polluted storm water runoff. Wells may be more vulnerable to such contamination after flooding, particularly if the wells have been submerged by floodwater for long periods of time.3

Vibrio vulnificus can cause a skin infection when an open wound is exposed to brackish or salt water. It can cause serious illness especially among persons with medical conditions and can lead to limb amputation.  About 1 in 7 people with a Vibrio vulnificus infection dies.4 Twenty-four cases of wound infections caused by Vibrio vulnificus or Vibrio parahaemolyticus were reported after Hurricane Katrina. Six deaths resulted.2

Noroviruses are non-enveloped, single–stranded RNA viruses that can cause acute gastroenteritis. A person usually develops symptoms of gastroenteritis 12 to 48 hours after being exposed to this highly contagious virus. A person with a norovirus infection can shed billions of norovirus particles, and unfortunately, it only takes 18 viral particles to infect another person.  It can be spread through contaminated water, from personal contact with an infected person, or from touching a contaminated object.5

After Hurricane Katrina, upper respiratory infections and pneumonia were reported among people in shelters, along with tuberculosis.2,6 Mycobacterium tuberculosis is spread through the air from one person to another. It is most likely to spread to people with whom the infected person spends time with every day.

MRSA can infect wounds that have occurred as a result of a hurricane or other catastrophe.  Infection risk is increased when there is crowding, unsanitary conditions, or shared supplies such as towels. In September 2005, the CDC reported 30 pediatric and adult cases of MRSA among a group of Hurricane Katrina evacuees at a Dallas, TX facility.2,6

West Nile Virus and St. Louis encephalitis virus (SLEV) are spread by mosquitoes. The mosquito population may decline immediately after a hurricane because winds and floods wash away containers that have been breeding sites for the vector.  After the floodwaters recede, however, the mosquitoes rebound in old tires and low areas. A year after Katrina, cases of encephalitis and meningitis caused by West Nile disease more than doubled in the affected regions of Louisiana and Mississippi. Researchers from Tulane University’s School of Public Health and Tropical Medicine believe this might be because people were spending more time outside waiting for rescue and rebuilding homes.6

Molds can be a big problem. Two months after Hurricane Katrina, CDC investigators found mold in the walls of half of the 112 water-damaged homes.7 People who are allergic to mold may have difficulty in breathing and shortness of breath.  People with weakened immune systems and with chronic lung diseases, such as obstructive lung disease, may develop mold infections in their lungs.8   It was implicated in the deaths of four professors at Southern University at New Orleans.  All four had worked in the same storm-damaged building.6 Guidelines issued by the World Health Organization note that living or working amid mold is associated with respiratory symptoms, allergies, asthma, and immunological reactions. The document cites a wide array of “inflammatory and toxic responses after exposure to microorganisms isolated from damp buildings, including their spores, metabolites, and components,” as well as evidence that mold exposure can increase risks of rare conditions like hypersensitivity pneumonitis, allergic alveolitis, and chronic sinusitis.10,11

A few of the precautions CDC recommends taking to protect oneself after a hurricane or flood are: