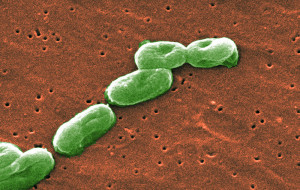 During 2012, an outbreak of Burkholderia cepacia complex spread throughout the intensive care unit of a German hospital. The illness was traced to contaminated alcohol-free mouthwash. Though this event does not mark the first time B. cepacia complex was recovered from a consumer product, it does make a solid case for continued monitoring of this strain in pharmaceutical and personal case product manufacturing environments.

Burkholderia cepacia complex (Bcc) is comprised of at least 17 distinct genomic species, including B. multivorans and B. cenocepacia, which cause many of the infections in the United States. Molecular testing is used to distinguish one species from another. Bcc are Gram-negative, non-fermenting, non-spore forming bacilli that are motile by means of polar flagella.

B. cepacia complex species grow aerobically. The optimal temperature range for growth in the laboratory is 30° to 35°C. The species can survive under conditions in which few nutrients are available, and it may remain viable for many months in water.

B. cepacia complex species give off a distinctive odor described as dirt-like in the Manual of Clinical Microbiology. The species can form biofilms by using mucin-binding proteins. The organism is resistant to many common antibiotics.

B. cepacia complex species has been recovered from soil, rhizospheres, water and rotten onions (cepacia means onion-like in Latin).

B. cepacia complex species poses little medical risk to healthy individuals, but it can cause severe infections in people who are elderly, immunocompromised or have a chronic lung disease. It has been associated with endocarditis, wound infections and pneumonia. Infection with B. cepacia complex species is particularly serious for patients with cystic fibrosis, a chronic, progressive, genetic disease of the body’s mucus glands.  When the species colonizes lungs of cystic fibrosis patients, it can lead to a condition called cepacia syndrome that is fatal for one-third to one-half of those infected.

B. cepacia complex species has been linked to nosocomial infections. In the hospital it can be spread by person-to-person contact and by contact with contaminated surfaces. Bcc has also been found in pharmaceutical and personal care products including surgical prep solution, eyewash, nebulizers, nasal spray, skin cream, mouthwash, make-up remover, baby and adult washcloths, bath gel and body scrub products. It has even been recovered from some disinfectants. A common source of contamination is water used in the manufacturing process.

B. cepacia complex species will grow on nonselective agar (Sheep Blood Agar, Tryptic Soy Agar) and certain selective media such as Burkholderia cepcia Selective Agar (BCSA).  If the microorganism is stressed (for example, if it is in chilled pharmaceutical water) it may be difficult to recover. Chances for growth may be increased by incubating a product sample in pre-enrichment broth prior to inoculating agar.