What Happens When Laboratory Tests Fail? 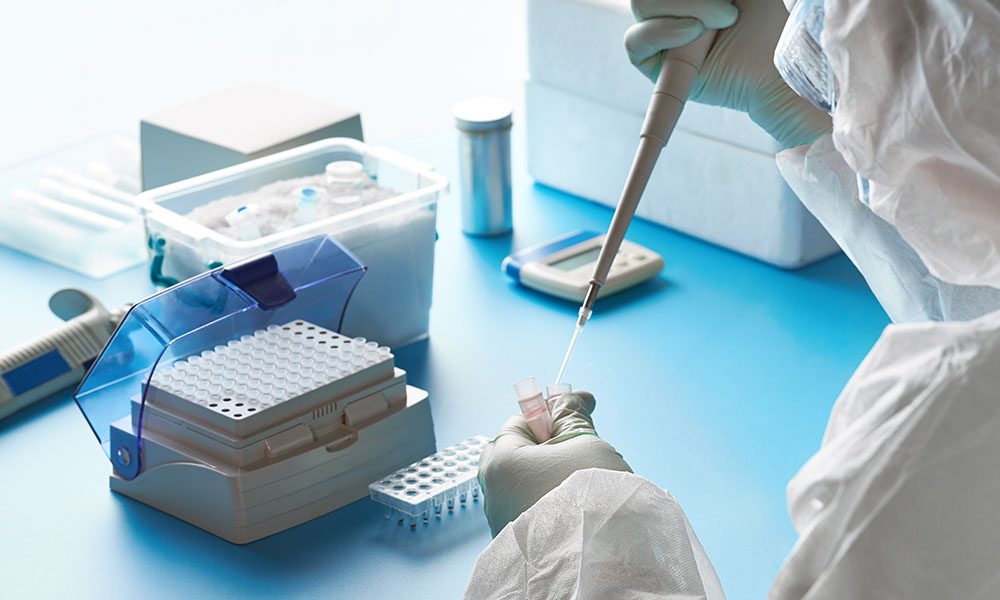 For anyone of us involved in medical laboratory or public health laboratory testing, we understand the critical importance of clinical quality control (QC). With the ongoing fallout from the massive contamination of laboratory test kit reagents at the Centers for Disease Control and Prevention (CDC), this issue has been front and center not only in the laboratory community but in the public mindset as well. How could the preeminent public health laboratory for the United States fail in such a critical moment – a global pandemic?  We do not have to look only to the CDC; there are other examples of failed testing across the world. Typically, one thinks of direct patient care when we hear or read about medical errors costing lives. In this article, we will examine the issues surrounding QC and other measures to ensure not only the accuracy of a laboratory test, but the very health and life of the citizens these tests should be protecting.

It’s surreal now to think back to the early days of the SARS-CoV-2 pandemic as people in the U.S. were first reporting signs and symptoms of COVID-19. Let’s take a quick look back at the timeline. The CDC reported the first case of COVID-19 in the U.S. from a traveler returning from Wuhan, China on January 21, 2020. In this media release, the CDC also reported that it was proactively preparing for the introduction of 2019-nCoV (now SARS-CoV-2) in the U.S. for weeks, including “developing a diagnostic test to detect this virus in clinical specimens, accelerating the time it takes to detect infection. Currently, testing for this virus must take place at CDC, but in the coming days and weeks, CDC will share these tests with domestic and international partners.” About one month later, the CDC reported the first U.S. cases of non-travel–related COVID-19 were confirmed on February 26 and 28, 2020, suggesting that community transmission was occurring by late February. Indeed, there was evidence that community transmission of this virus may have started in late January or early February of 2020 after a single importation from China. We likely will continue to adjust the date range for when this virus entered into the U.S. due to asymptomatic and pre-symptomatic individuals, as well as the difficulty of knowing who might have been incubating the virus (unknowingly) due to travel prior to any restrictions from entering the country.

Without diving too deep into the highly pressurized and publicized environment surrounding the early testing strategy in the states, it is evident from almost all reporting that the CDC was under great pressure to deliver a test that was rapid, accurate and reliable, and available quickly to the states. Of course, this is not an excuse per se for what may have went wrong with those first testing kits, but it’s important to recognize where errors may have first began.

To be fair, the U.S. government has not fully supported (through funding or other resources) or prioritized national public health (CDC) and the outreach via the states laboratory response network for decades. And, as we all know, speedy and accurate laboratory tests are vital to the successful response to a pandemic or any other major outbreak. It is in this very environment that one can see the early mistakes in the CDC testing kits for SARS-CoV-2.

In general, when a novel or new pathogen emerges, the CDC typically takes the lead in developing diagnostics for that agent because of the expertise in scientists as well as the laboratory infrastructure and safety to handle a novel pathogen. Once the CDC has the agent, they are able to grow it in pure culture and develop the quality assurance and control (known as validation) in the testing kit reagents. Then, these kits will be disseminated out to the state labs for use in each state. Finally, the corporate commercial laboratories (e.g. Quest, LabCorp, Sonic Reference Labs, CPL, etc.) will scale up the CDC approved test for massive distribution.

But, what if the CDC makes mistakes in the first steps of this process? I fully support the mission of the CDC and I have personally spent two stints during my early career training there for the development of a regional rabies laboratory in Texas. The issue is one of pressure – time and underfunding – which created the perfect storm for errors to occur. Yes, even at one of the most global laboratory examples of excellence a failure can occur.

The test that CDC first developed is based on the polymerase chain reaction (PCR). The PCR testing strategy has been around for several decades now and is a very powerful technology because one can detect small amounts of nucleic acid. In this case, viral RNA from the SARS-CoV-2 virus genome from a typical specimen (nasopharyngeal swab) is obtained, reverse copied and then amplified into a sample for detection. Due to the powerful nature of PCR tests, the testing kit will also have “controls” to ensure that the test is working. At the very basic end, a positive control and a negative control will be included in the kit to ensure that the reagents in the kit are working.

In the development and use of any FDA approved diagnostic test, one must follow strict guidelines during the manufacturing process for components within a testing kit (assay). It is especially critical with respect to a nucleic acid amplification test (NAAT) because of the powerful technology that allows one to amplify specific genomic (nucleic acid) segments. The very nature of the powerful amplification process means that any contamination of the testing components will almost always create situations like a false positive. A false positive means that something (usually a contaminating nucleic acid, DNA or RNA) amplified which gave the appearance of a positive test when in reality, the test was negative. In an even worse error, one can find a false negative test in which the amplification step turns up negative, when in reality the test is positive.

According to the FDA, the “examination of the CDC’s test kit exonerated its design – but concluded that the problem was caused by substandard manufacturing practices, according to an FDA statement. The FDA regulates the safety and effectiveness of medical devices, including the test kits manufactured to diagnose covid-19 disease in humans. The CDC did not manufacture its test consistent with its own protocol.” Basically stated, the CDC facilities that assembled the kits violated sound manufacturing practices, resulting in contamination of one of the three test components (negative controls) used in the highly sensitive detection process.

One might now begin to understand the critical importance of QC in the diagnostic testing environment. This one mistake, while perhaps understandable with respect to the urgency of a pandemic at the intersection of needing a rapid test, continues to haunt the nation’s public health laboratory and its professionals who perform testing. We must never take for granted the complexity of a solid foundation in QC or what can happen when labs fail to utilize it or do not understand its importance.

WHAT ARE THE IMPLICATIONS FOR LABORATORY TESTING?

In an article discussing the top medical errors that can kill you in a hospital, the number one reason is a misdiagnosis. Perhaps, it may be a surprise to learn that the realm of QC can lead to a misdiagnosis. Think about it. If a medical or public health laboratory does not perform QC, performs it incorrectly, or isn’t aware of its significance to the patient, then bad things can happen. For example, one might not even receive a diagnosis which means they would not be treated for a potentially dangerous condition. Or, the wrong diagnosis might be made which could lead to a delay in treatment or the wrong treatment. Quality control practices and a quality assurance culture are critical to avoiding these potentially deadly mistakes.

In the simplest terms, QC is one of the most important facets of medical laboratory. While no test may be perfect, the QC involved in laboratory tests ensures precision and accuracy of our patient’s results. When quality control works effectively, it is able to find and correct flaws in the analytical processes of a lab before potentially incorrect patient results are released.

The importance of clinical QC, with a focus on molecular, qPCR and rapid diagnostic testing can’t be overstated. For example, let’s use the example of the Bioeasy Biotechnology COVID-19 kits returned to China from Spain due an unacceptable error rate. The health officials in Spain discovered “the kits only correctly identified 30 percent of the COVID-19 cases.” Because of this, the country returned the 9,000 test kits because of the high error rate. What danger would occur if Spain health officials had not discovered this issue by conducting clinical QC? Well, it’s not difficult to do the simple math and realize quickly that three out of every 10 patients would have been misdiagnosed as not having COVID-19. This type of error rate is unacceptable as it could have very well led to higher mortality in patients that were sent away from a healthcare facility thinking that they were “negative” when in reality they had the infection. While, it doesn’t necessarily mean that every wrong diagnosis equals death, it still means that those wrongly diagnosed negative may not isolate or quarantine and thus become vectors, or worse yet, superspreaders of COVID-19. Ultimately, this impacts both human and product resources in healthcare and public health.

False negatives and false positives, as well as other QC targets for the measurement and identification of diagnostic errors can occur for many reasons. These errors may include things like the level of viral RNA being below the limit of detection (LOD) of the test or collection of the preferred specimen type. The nuances of how an agent, like SARS-CoV-2, may show the highest viral load and where that occurs in or on the human body also contributes to the complexities of diagnostic testing. For these reasons and so many others, it is absolutely necessary that a credentialed, medical laboratory or public health laboratory professional is performing these highly complex laboratory tests. These professionals understand the sometimes “gray areas” surrounding QC from the importance of specimen priority to following the LOD which is available on the package insert or Instructions for Use (IFU) of approved SARS-CoV-2 tests. QC matters all the time to everyone – or we put someone’s life at risk.

Rodney E. Rohde, PhD is a Professor and Chair for the Clinical Laboratory Science (CLS) Program in the College of Health Professions at Texas State University. He serves as Associate Dean of Research and as Associate Director for the Translational Health Research Center. Dr. Rohde is a Global Fellow and Honorary Professor of International studies. He is an ASCP board certified Specialist in Virology, Microbiology and Molecular Biology. He spent a decade as a public health microbiologist and molecular epidemiologist with the Texas Department of State Health Services (DSHS) Bureau of Laboratories and Zoonosis Control Division prior to his academic career, including two terms as a CDC Visiting Scientist. His research interests include Healthcare Associated Infections (HAIs), antimicrobial resistance, and clinical / public health microbiology. Dr. Rohde has published over 60 research articles and abstracts, two books, and is a highly sought keynote presenter with over 100 international, national, and state conference presentations. In recent years, he has become a globally viral author subject matter expert utilizing invited articles, podcasts, video casts and interviews to enhance science communication and translational health research literacy.