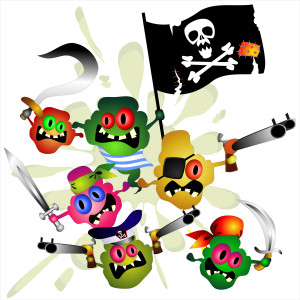 No pharmaceutical company wants to sell a non-sterile drug contaminated with objectionable microorganisms, but how does a company know which organisms are objectionable and how do they ensure their drugs do not contain them?

An objectionable organism is one which can either cause illness or degrade the product thus making it less effective. The U.S. Food and Drug Administration (FDA) states, “Appropriate written procedures designed to prevent objectionable microorganisms in drug products not required to be sterile, shall be established.” (21 CFR 211.113) FDA continues, “Appropriate laboratory testing must be conducted on each batch of drug required to be free of objectionable organisms.” (21 CFR 211.165)

USP <1111> Microbiological Examination of Nonsterile Products lists several organisms which, depending on the route of administration, can be objectionable in a drug:

USP <1111> cautions that other organisms can also be objectionable. It is the responsibility of the drug manufacturer to test for microorganisms which can cause potential harm. In order to determine if an organism is objectionable, the manufacturer must consider the risk imposed by the organism. Factors to take into consideration are the microorganism’s characteristics, the route of administration of the drug, the nature of the product and the intended recipient.

How does an objectionable microorganism get into a product? It may come from the raw materials or water used to make the product, from personnel or the environment. A manufacturer can detect objectionable organisms in its product by: 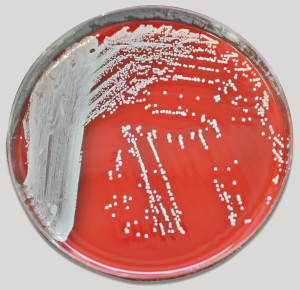 Once isolated from a product, microorganisms can be identified using phenotypic or genotypic methods. There are several microorganism identification systems which use phenotypic (biochemical) means to identify an organism. Genotypic testing can be done to the species or strain level. Genotypic methods include PCR, 16S and 23S rRNA sequencing, and analytical ribotyping.

Several resources are available for assessing the potential harm a microorganism can cause including:

The National Institute of Health Guidelines for Research Involving Recombinant or Synthetic Nucleic Acid Molecules (NIH Guidelines) has classified human etiologic agents on the basis of hazard. Microorganisms are listed in Risk Groups 1-4, 4 being the most dangerous. Keep in mind that some microorganisms produce toxins. Other organisms produce spores which are more difficult to kill than vegetative bacteria.

In recent years, there have been several recalls of non-sterile product due to objectionable organisms. Non-sterile providine iodine prep pads were recalled because analytical testing showed the presence of Elizabethkingia meningoseptica, and non-sterile alcohol swabs were recalled due to potential contamination with Bacillus cereus.

The Route of Administration

An organism not listed in USP <1111>, Burkholderia cepacia, can be particularly harmful to cystic fibrosis patients when inhaled. In 1992, Metaproterenol Sulfate Inhalation Solution, a bronchodilator solution, was recalled because the product was contaminated with Pseudomonas gladioli/cepacia. The FDA determined the contamination could be life-threatening to patients with chronic obstructive airway disease, cystic fibrosis (CF) or compromised immune systems. Another example is the 2012 outbreak of Burkholderia cepacia complex in the intensive care unit of a German hospital which was traced back to alcohol-free mouthwash.

Nature of the Product

Certain characteristics, such as high water content and closures that do not restrict access to the environment, make it easier for organisms to proliferate.

Some components in the drug may be susceptible to certain categories of microorganisms. For example, animal components may be susceptible to contamination with Salmonella species. Some drugs may contain nutrients which an organism can metabolize, thus degrading the product. Information about which nutrients a microorganism metabolizes can be found by performing a battery of biochemical tests such as the ones found in the API®, Biolog® or Vitek® 2 systems.

Be suspicious if the total aerobic count for the drug is higher than usual. It might mean the drug’s preservative is not performing to specification or that it was made incorrectly. It is also possible a raw material used to make the drug was contaminated. 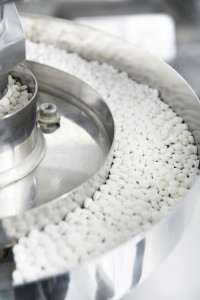 Who will be using the drug? Elderly and immuno-compromised patients are more susceptible to microorganisms tolerated by healthy individuals. In 2001, MICRONASE® tablets were recalled because fungal elements were found in some lots of tablets. The company reported the fungi/molds detected could have made it difficult to treat infections in immuno-compromised patients including those with diabetes and HIV and diabetic renal transplant patients.

Another consideration is whether the organism produces substances, such as penicillin, which can cause allergic reactions in some recipients.

What Laboratories Can Do

If an objectionable microorganism is found during water testing, bioburden testing or environmental monitoring, the laboratory may want to consider preserving the microorganism for future investigations, disinfectant qualification studies, growth promotion tests, suitability tests and/or antimicrobial preservative tests. We’ve created a whitepaper titled, Environmental Monitoring Doesn’t Stop at Detection, to assist laboratories who are evaluating their next steps after detecting and identifying a microorganism in their environment. Laboratories can also take the following steps to ensure the safety of non-sterile products: