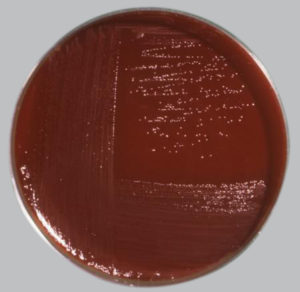 When growing microorganisms, several conditions including incubation time, temperature, pH, adequate moisture and sufficient nutrients (such as carbon and nitrogen) must be considered to ensure successful results.

Even experienced microbiologists can run into growth issues with finicky microorganisms. With this in mind, we have created a series of blog posts highlighting a variety of tried and true growth methods for creating an environment best suited for reproduction of various microorganism species.

Microaerophiles are a group of microorganisms that require a low to reduced oxygen content and an increased carbon dioxide content in the atmosphere for growth. Normal levels of oxygen in the environment are approximately ≈20%1 while typical levels for growth of microaerophiles is around 5-10% oxygen and 8-10% carbon dioxide2.  To create this special atmosphere, gas generating systems are utilized to create and monitor the desired levels of oxygen and carbon dioxide. These systems typically include jars or pouches, sachets and an indicator. Below are our recommendations for growth success:

Additional Tips: Use nutritive culture media containing carbon, sulfur, trace elements and complex B vitamins. Supplementation with defibrinated sheep’s blood to the agar plate can also be beneficial along with antibiotics for isolation.

Check out our Growth Requirements for detailed descriptions of all our growth methods.

One of the most prevalent microaerophiles in the news today is Campylobacter spp. This genus of microorganism is a major cause of foodborne diarrhoeal illness and the leading cause of gastroenteritis in humans worldwide3.

While there are 16 different species of Campylobacter spp., the species most commonly implicated in foodborne illness and gastroenteritis is C.jejuni followed by C.coli. Other strains such as C.lari and C.upsaliensis have also been implicated, but not as frequently.

According to the CDC, “…the Foodborne Diseases Active Surveillance Network (FoodNet) indicates that about 14 cases are diagnosed each year for each 100,000 persons in the population.”  The surveillance data is only from reported and diagnosed cases of Campylobacter infection. A more reasonable estimate of the scope of infection is at 1.3 million cases per year to account for those that are not reported or go undiagnosed. 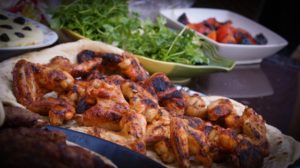 Campylobacter infections are associated with a variety of foods including unpasteurized dairy products (raw milk), non-chlorinated water, produce and poultry. Raw poultry is the food most commonly associated with C.jejuni infections and outbreaks. In fact, an FDA “survey shows that 20-100% of retail chickens are contaminated.”4

Since the infective dose is so small (human feeding studies suggest 400-500 cells4), detection and prevention are key. Consumers can protect themselves from Campylobacter infections by properly cooking chicken, and manufacturers should provide instructions on proper handling of raw poultry on the product label. To help ensure customer safety, food manufacturers also employ many different techniques to detect the presence of the bacteria in food samples.

Microbiologics manufactures both enumerated and non-enumerated reference strains of C.jejuni and C.lari in our easy to use formats. These products are used in the quality control and validation of food manufactures’ detection methods for Campylobacter. Click here to learn about our products.