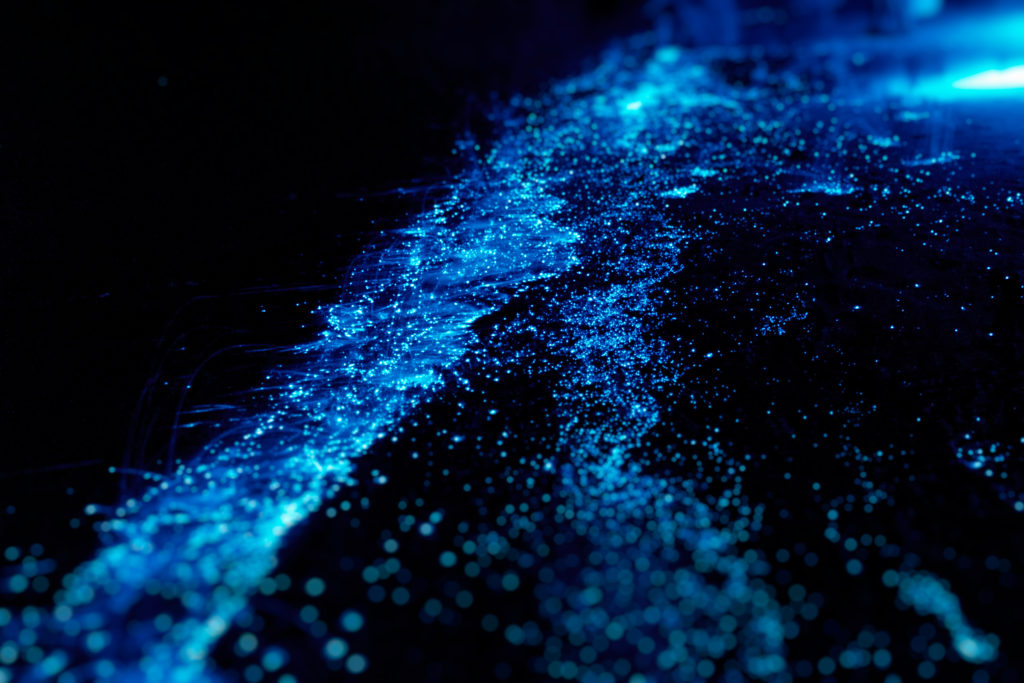 Bioluminescent plankton in the Maldives

Images of plankton illuminating shorelines and the brilliant, glowing colors of deep-sea marine life fascinate and amaze us. Bioluminescent organisms are not only beautiful; they are a source for important life science reagents. Scientists have used genes from glowing species, such as jellyfish, to advance biochemistry and cellular biology.

Green fluorescent protein (GFP) is used by biologists as a reporter of gene expression or biological marker for protein and organism localization. GFP was first isolated from the jellyfish, Aequorea victoria. When exposed to the blue to ultraviolet (UV) light range, GFP glows bright green.

Several researchers have been responsible for the advancements in GFP beginning with Osamu Shimomura, a Japanese organic chemist and marine biologist. Shimomura began studying the bioluminescence of Aequorea victoria at Princeton University in the 1960s, and was the first person to isolate GFP. 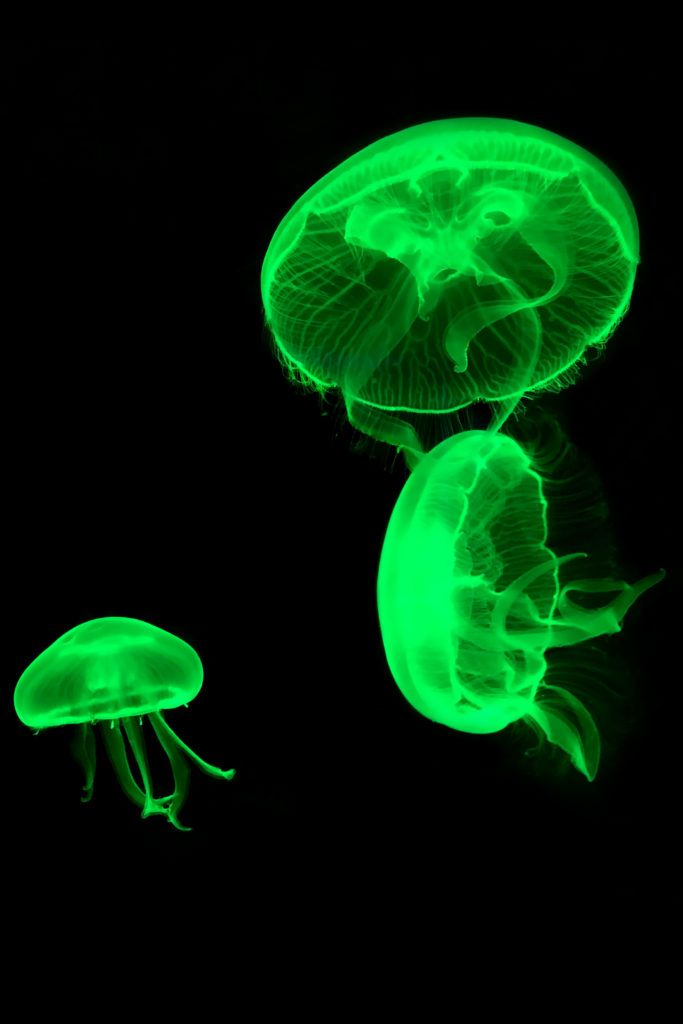 During the 1990s, Douglas Prasher built on Shimomura’s research to sequence and clone GFP to be used as a tracer molecule. Prasher then shared a GFP clone with Martin Chalfie who envisioned using GFP as a marker. Chalfie’s graduate student, Chia Euskirchen, was given the GFP clone and successfully integrated the gene into E. coli. Roger Tsien, a biochemist from the University of California, San Diego, took GFP research to the next level. One of Tsien’s many achievements was to develop genetically modified GFP mutants which display brighter fluorescence in a variety of colors.

The discovery and development of GPF for use in biochemistry and cellular biology has been regarded as a significant advancement by the global scientific community. The 2008 Nobel Prize in Chemistry was awarded to Chalfie, Shimomura, and Tsien for their work in developing GFP. Watch this Nobel Lecture by Tsien to learn more about their research.

GFP has been expressed in various species from bacteria and fungi to fish and mammals. The gene has many uses including quality control testing in food laboratories.

Control strains tagged with GFP can be used to differentiate those strains from contaminants. This can help reduce the occurrence of false positives in food laboratories. A study conducted by the American Proficiency Institute (API) of nearly 40,000 proficiency results over 14 years showed that the false positive rate for Salmonella was 3.9% and 2.5% for E. coli and L. monocytogenes. 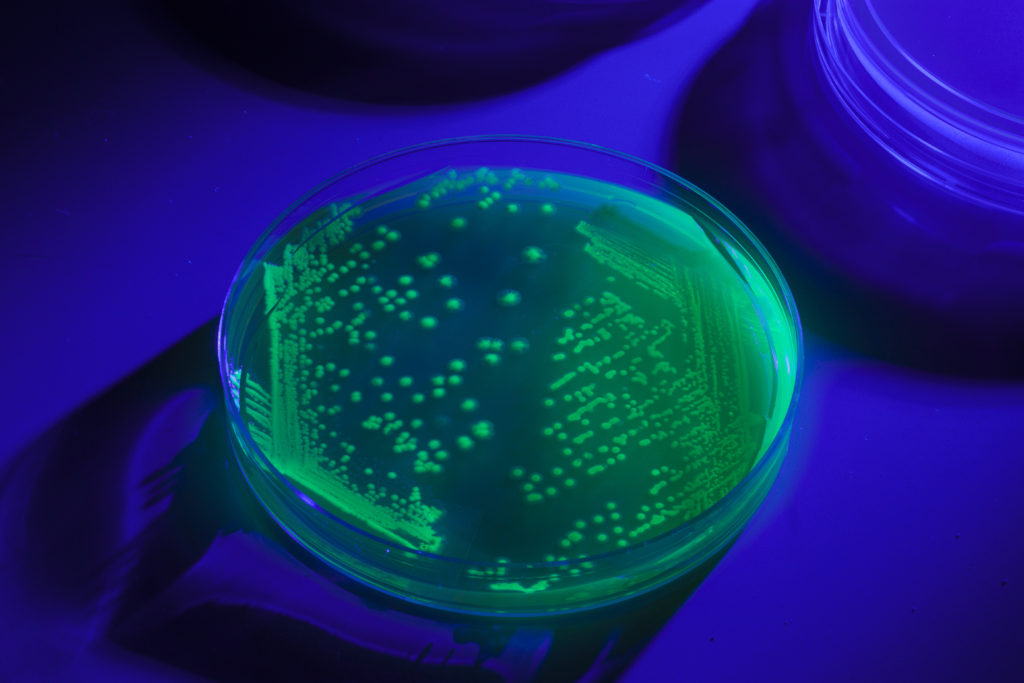 To help food laboratories eliminate false positives, Microbiologics has developed reference stock cultures containing GFP markers. The GFP in these strains are readily identifiable using a UV lamp. When UV-BioTAG™ microorganisms fluoresce, the reference culture is distinguished from the pathogens found in food and at manufacturing sites. It establishes that positive results were not caused by cross-contamination with the positive control.

Obtained from the U.S. Food and Drug Administration (FDA), the GFP reporters in UV-BioTAG strains are integrated into the chromosome rather than the plasmid which ensures stability. Plasmid-based reporters may be lost during enrichments designed to recover pathogens from food.

UV-BioTAG has a variety of applications including research, quality control of tests for detection of pathogens, quality control of media, verification and validation, and demonstration of capability. Strains offered include Escherichia coli O157:H7, Shigella flexneri, Salmonella Typhimurium, and Salmonella Senftenberg.

Follow this link to learn more about UV-BioTAG, and find the right strain and format for your lab.