A Microbiologist’s Journey Through the Gym 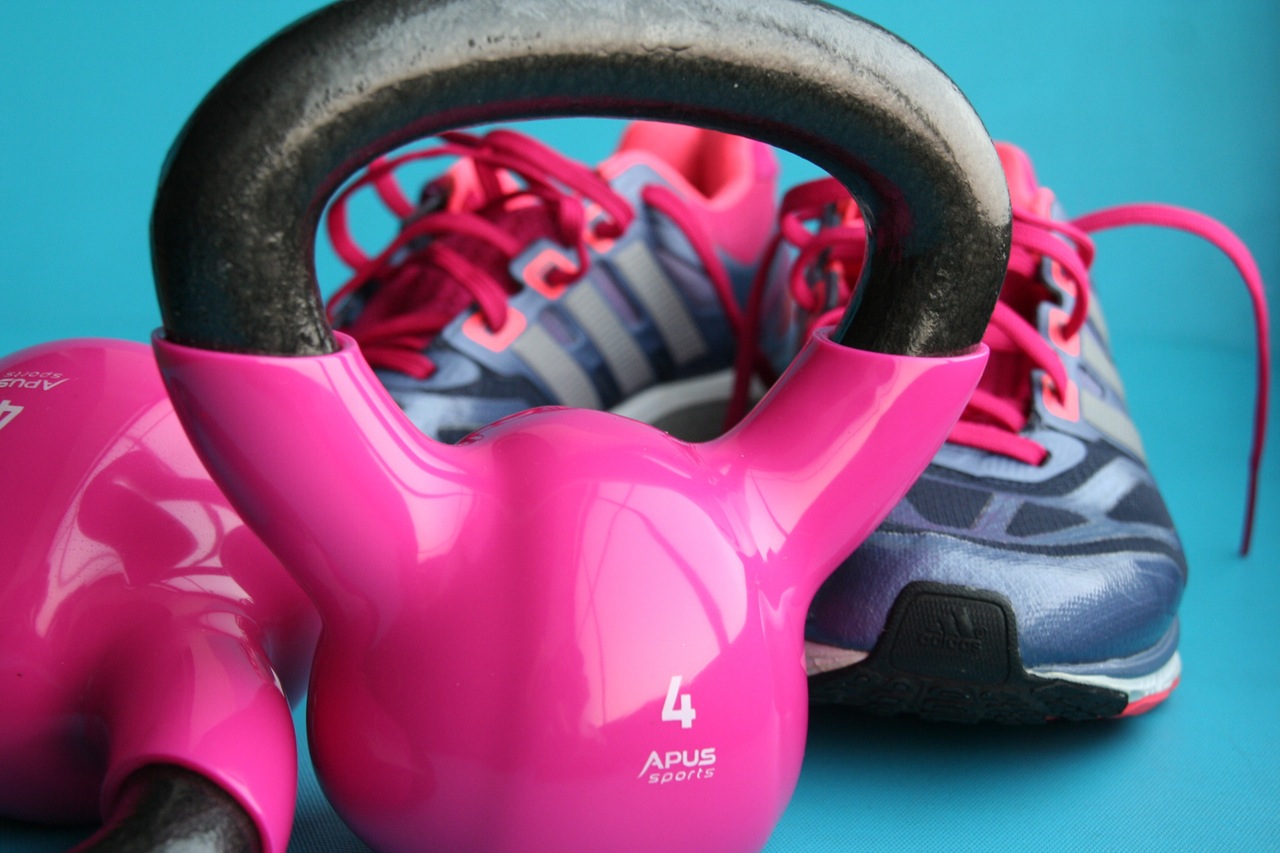 Gyms are gross. Aside from the sweaty bodies and abundant aromas gliding about the room, unique bacterial flora is deposited from gym goers on every surface.

Microbiologists have proven time and again that public places are cesspools of bacterial diversity. The opportunity for warm, wet, skin-to-surface contact means there is likely a lot of bacteria hanging out on any surface you touch at the gym.

An interesting study published in the International Journal of Environmental Research and Public Health was conducted in 2014 by the University of Memphis. Similar surfaces were swabbed at four gyms across the Memphis area. The swabs were taken to a lab and analyzed for a variety of bacteria.  A total of 32 swabs grew 25 different genera and 63 species of bacteria.

This weekend while I was at the gym, I thought about all the bacteria I might encounter during my workout.  The following is a short summary of the University of Memphis study and my observations at the gym. 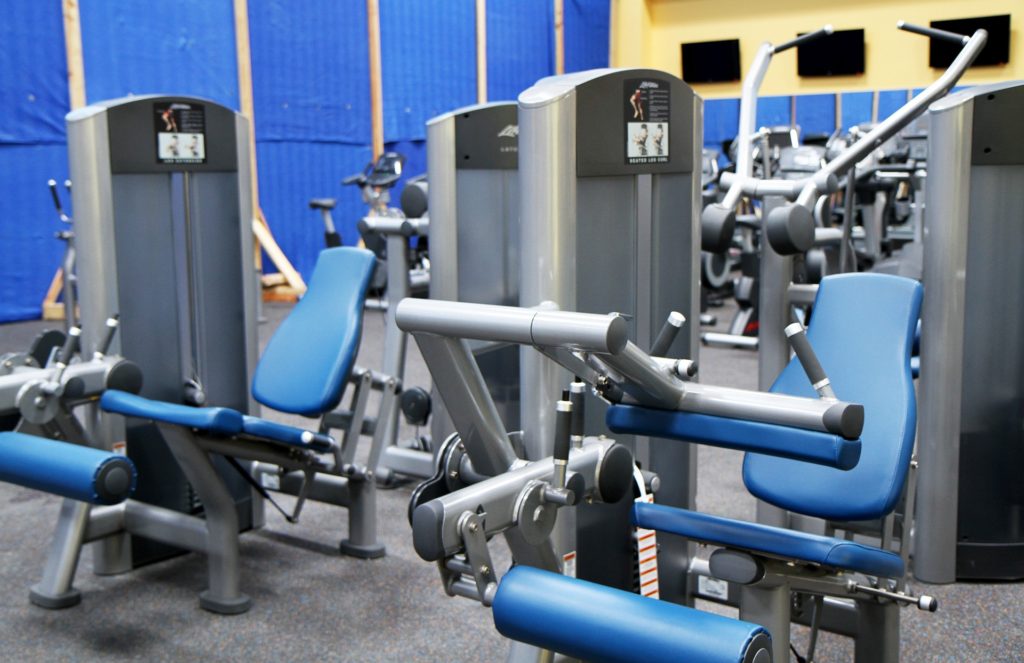 I decided to start with a piece of equipment on which one may expect to find a moderate amount of bacteria. Cable weight machines, also called nautilus equipment, include anything from hand grips to full body contact with a bench or seat. Nautilus equipment ranked low in bacterial diversity in the University of Memphis study, but the primary strain present in 50.5% of the swabs was Serratia marcescens. As I slid myself onto the seat of the leg extension machine, I started to think it through.  Serratia is a big fan of damp conditions. I was a sitting duck.

Having just completed a five minute warm-up, you could say I was well on my way to feeling “balmy.”  I shifted in my seat thinking about all the spots my tank top was failing me. I remembered S. marcescens can cause urinary tract infections or wound infections. Then I remembered the small shaving cut on the back of my leg. How long ago did it happen? Was it completely healed?  Was I giving myself a Serratia infection that very moment?! I couldn’t stick around to find out. I decided to move on to something with a little less body contact. 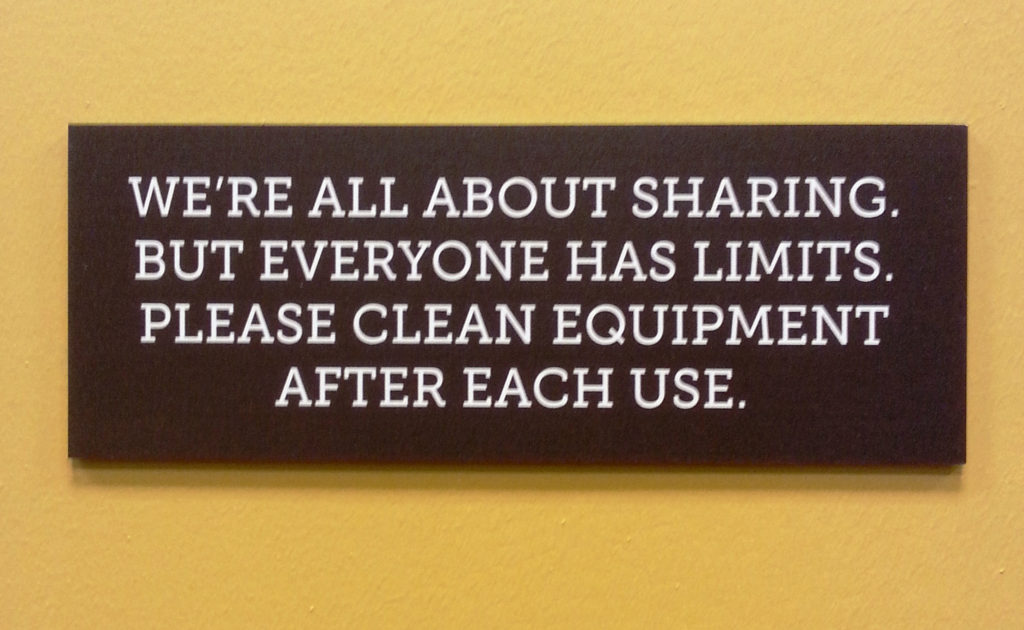 An elliptical was open!  Only my hands and the bottom of my shoes should have contact with the machine. The University of Memphis found that elliptical machines ranked middle of the road for bacterial variety. Their study found the most prevalent strain on 52.7% of the swabs was Staphylococcus. I found comfort in the fact that everyone has Staph living on them in some form. You have Staph. I have Staph. It’s normal, right?  The study also found that every swab had a minimum of seven different types of Staph. The most predominant finding was S. saprophyticus followed by S. epidermidis and S. aureus.

While I was contemplating how much time to set on the elliptical, déjà vu set in.  Just like Serratia, S. saprophyticus is also known to cause UTIs. Wonderful.  S. saprophyticus can also be found in meat, cheese, or vegetables.  I started to question the temperature of the half eaten sandwich sitting on the trainer’s desk, but this was not the time to be thinking of food when there could be antibiotic resistant S. epidermidis on the handlebars! My palms were getting a bit sweaty while gripping the synthetic rubber handles. S. epidermidis is notorious for surrounding itself in a protective biofilm. I bet the rubbery handles were a biofilm haven!  I looked down and saw that Staph had my heart rate up to 150 bpm and I’d only been moving for 45 seconds. Thanks Staph, I thought we were friends. 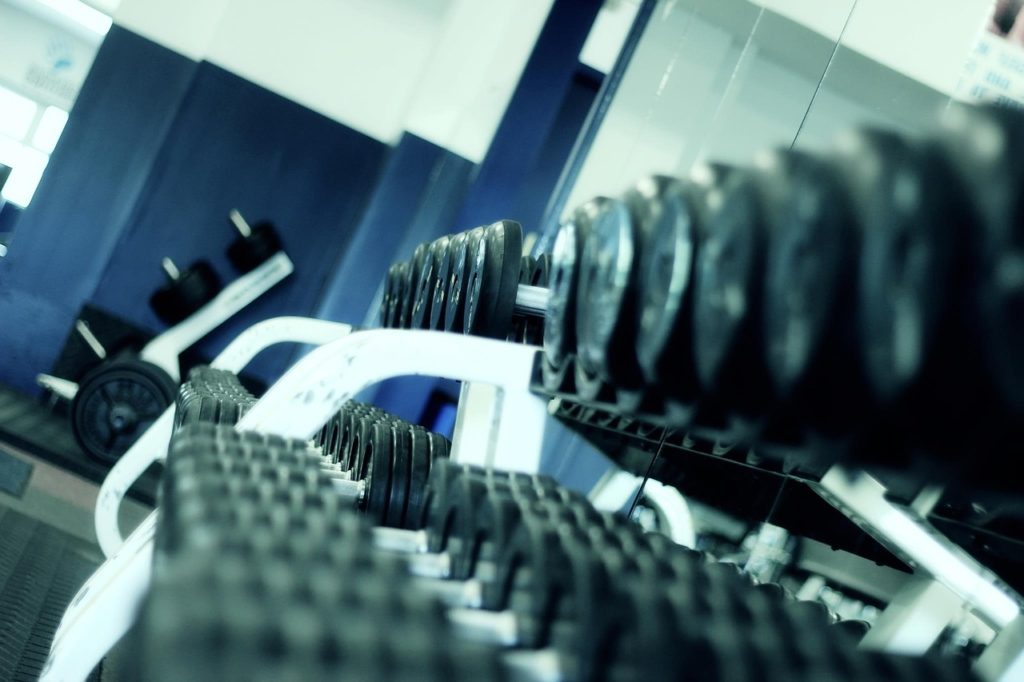 I decided to move on to a treadmill, specifically the one I just watched someone spray down with the gym disinfectant. The University of Memphis study found that treadmills ranked lower in biodiversity than ellipticals and had an overwhelmingly predominant Bacillus presence of 84.5%. The study did not specify any particular Bacillus species, but I began to ponder the efficacy study results of the gym’s disinfectant.

Even though I witnessed my treadmill being sprayed down, some chemicals are no match for spores. The large circular fan positioned directly in front of my treadmill added to my paranoia. I couldn’t stop picturing disinfectant resistant Bacillus spores flying off the equipment and colliding with me at the speed of a space shuttle going through a time warp. I didn’t last much longer on the treadmill.

I was more physically than mentally exhausted at that point. I reminded myself of all the precautions I could take if I were brave enough to return to this 3,000 square foot incubator:

I exited the locker room after I thoroughly washed my hands (and forearms, even slightly past my elbows). This was not the day to be taking a shower at the gym. I preferred to wait until I got home where I could be surrounded by my own familiar flora. 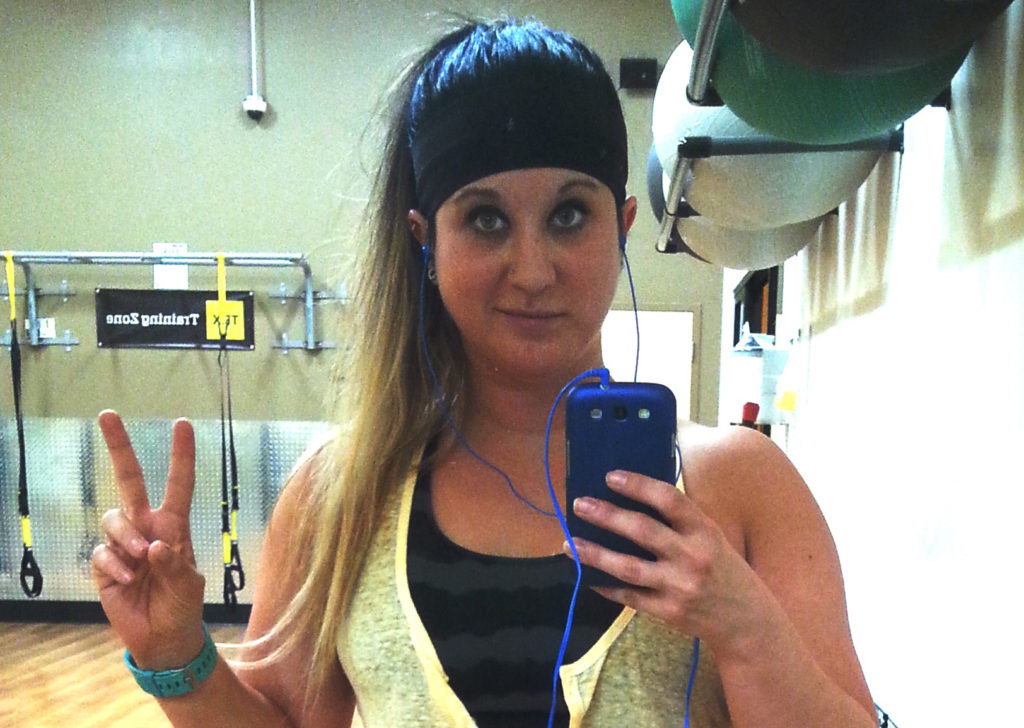 As I was walking toward the door, I passed by a few stationary bikes. The study noted that stationary bikes had both the highest bacterial variety and overall microbial presence of all the equipment swabbed.  Bikes were even dirtier than toilet handles (likely swabbed as a benchmark reference), and ranked second only to the floor as the dirtiest surface in the gym. I shook my head wondering what those bikes might be harboring.

The next time you’re looking for something to do while sitting at home surrounded by your unique blend of bacteria friends, check out the study conducted by the University of Memphis. The study and my perilous journey through the gym taught me something many of us already know: cardio machines are truly evil!

Good luck in 2017, and may you successfully accomplish all your resolutions!